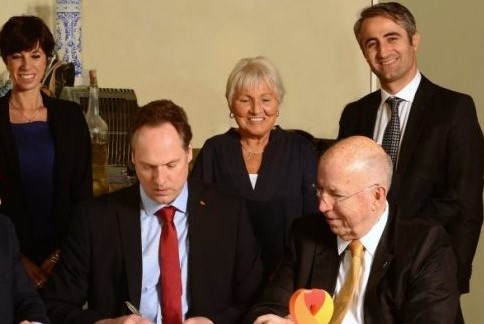 The signing of the agreement was the crowning event after a long period of preparations that resulted in the transfer of all development and distribution rights for Third World countries of the largest part of the extensive First Health antivirus pipeline, addressing major health challenges for developing countries such as Tropical Virus targets: Dengue Fever, Zika Virus, Japanese Encephalitis and Ebola.

The Joint Development with Right of Use Agreement between First Health Pharmaceuticals and First Health United reflects the moral standards that the First Health group wishes to uphold as pharmaceutical innovators that wants to share with-, and reach out to developing countries that otherwise would not be able to fully benefit from its breakthrough antivirus medications.

The signing of the agreement also marks the start of the First Health United Dengue Fever antivirus development project. The First Health DDX3 RNA Helicase inhibiting compounds block the viral host factor DDX3 enzyme, necessary for the replication of the Dengue virus after infection, while at the same time mitigating the cytokine response typically responsible for the severest symptoms of Dengue Hemorrhagic Fever, with proves lethal in at least 22.000 patients each year.